Two wrestling lizards facing off in a dangerous combat

Take a look at these two surprising wrestling lizards!

Order this funny image and download it in a few simple steps. Once the checkout process is finished, you will receive an email with the link to download your image. Easy, fast, no headaches.

Some aspects about the life of lizards

Lizards are a common group of reptiles, with more than 6,000 species, they are the inhabitants of all continents except Antarctica. Lizards go in size from tiny chameleons and geckos, just a few centimeters long, to the huge 3 meter Komodo dragon.

Most lizards have four legs, they run with a strong side-to-side motion. Some species have lost their legs, and looks more like snakes with their long snake-like bodies. Some such as the forest-dwelling Draco lizards are able to glide.

They are often territorial, and engage in fighting off other males. They often use their bright colors, to attract mates and to intimidate rivals.

Lizards are mainly carnivorous, often being sit-and-wait predators; many small species eat insects, while the Komodo eats big mammals including the water buffalo.

Lizards have developed a series of antipredator adaptations, including venom, camouflage, reflex bleeding, and the ability to lose and regrow their tails.

More about the amazing lizards

In any case, lizards seem to like wrestling and surprisingly bites, take a look at this interesting article of the Natural History Museum.

Lizard wrestling or Lizard fighting is a quite popular kind of social wrestling between two men with a belt binding them at the neck. The winner must put their rival behind a line on the ground. Drinking is optional but recommended at this kind of event! 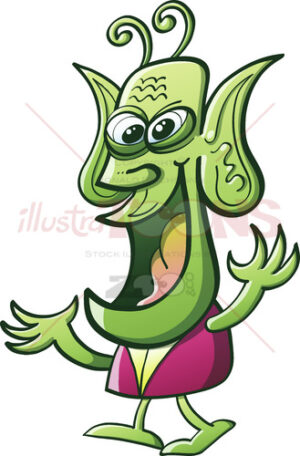 Friendly alien introducing himself Nice friendly alien with long antennae, bulging eyes and big pointy ears while wide opening his mouth, staring at you and speaking. 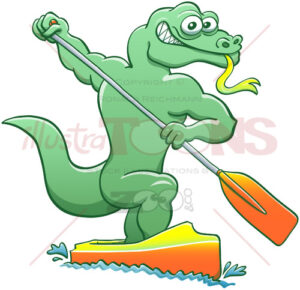 You will have to paddle too much to defeat this water monitor! Terrific water monitor lizard kneeling in one of its legs and firmly holding the paddle with both of its hands while madly staring at you, clenching its teeth … Read More 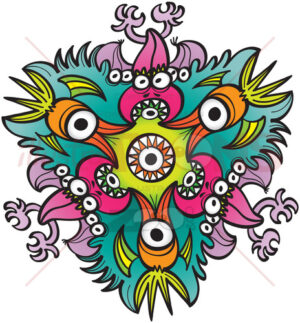 Doodle art figure formed by a crowd of hungry monsters

Doodle art in the form of crazy hungry creatures! Doodle art monsters. Crazy odd creatures forming a colorful equilateral triangle while aggressively attacking and eating one of them. These monsters build a radial pattern when giving free rein to their … Read More 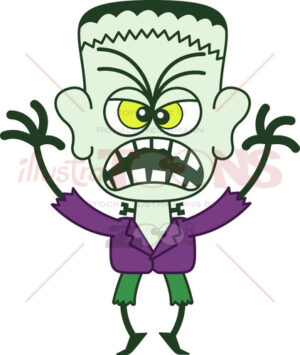 Frankenstein does not necessarily feels great at Halloween Scary monster in minimalist style with green skin, a stitched wound on his head, bolts through his neck, funny hairstyle, yellow eyes, purple jacket and green pants while showing all his fury. … Read More

An iguana playing soccer? How can it happen? Green iguana having fun when playing soccer. Cool talented iguana executing an amazing stunt consisting on holding a soccer ball with the tip of its toe. At the same time, this iguana … Read More

Funny goldfish smiling while biting each other tail Three identical goldfish with blue bulging eyes, big fins and sharp teeth smiling while rotating and creating a pattern design. Each goldfish is having fun by posing and biting the tail of … Read More 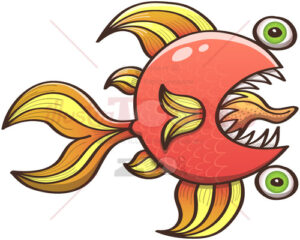 Fantail goldfish feeling nervous after suffering an ugly mutation! Fantail goldfish with a weird look menacing you when widely opening its mouth to show its sharp teeth and stick its long tongue out. Its has bulging green eyes weirdly set … Read More 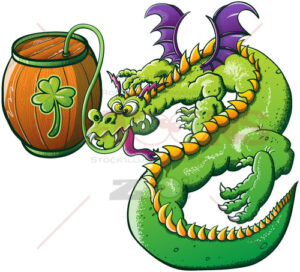 We noticed you're visiting from Switzerland. We've updated our prices to Swiss franc for your shopping convenience. Use United States (US) dollar instead. Dismiss